All information taken from CBSnews.com and stands as of 1:00 pm on Monday, August 16.

As of Sunday night, San Antonio and Bexar County issued a statement that says the mask mandate will stay in effect in public schools from pre-k through 12th grade.

The statement provided by the City of San Antonio and City Attorney Andy Segovia (via Kens5):

“Late this afternoon Texas Supreme Court ruled to stay the City of San Antonio and Bexar County’s temporary restraining order (TRO), pending tomorrow’s trial court hearing on the petition for Temporary Injunction. The TRO was set to expire with tomorrow’s hearing, so the ruling has little practical effect.”

“Importantly, the Supreme Court did not rule on the Attorney General’s Petition for Writ of Mandamus, meaning that the City and County will move forward with presenting their case tomorrow. The hearing is set for Monday, August 16, 2021, in Bexar County District Court.”

“The City of San Antonio and Bexar County’s response to the Texas Supreme Court continues to emphasize that the Governor cannot use his emergency powers to suspend laws that provide local entities the needed flexibility to act in an emergency,” said City Attorney Andy Segovia. “His suspension authority is meant to facilitate action, not prohibit it.”

"Bexar County Health Authority Dr. Junda Woo’s health directive mandating the use of masks in public schools from pre-kindergarten through grade 12th remains in effect. City facilities will also continue to require the use of masks for both staff and visitors."

“We’re excited to have every student back on campus Monday, August 16. With COVID-19 cases on the rise, we are asking everyone to help us keep students and staff safe by following our safety protocols:

· We still require masks be worn on district property

· Visitors are not allowed inside the schools

If you still need to come to the campus to enroll your student, you must wear a mask and may report to the front office only.

We’re ready to make this a great school year, and we thank you for understanding and working with us to keep the learning environment safe for everyone. See you Monday.”

“This afternoon, the Texas Supreme Court temporarily blocked the masks requirement mandate issued by Dallas County last week, which affects our public schools in Irving. Irving ISD will adhere to the Supreme Court’s decision until further guidance on the matter is provided.”

“Although masks are optional, we trust our employees and all other stakeholders to take personal responsibility. As a community, we have a shared commitment to protecting not only ourselves but also those around us.”

“Meanwhile, we will continue to keep everyone informed on any developments. We thank you for your patience and understanding as we navigate together during these challenging times.”

Imposed mandate last week, the county has not released a statement as of 1:00 pm on August 16.

Brownsville Independent School District said in a statement Sunday night that the new rulings do not affect its mask mandate.

“The Brownsville Independent School District would like to inform the community of the recent action by the Texas Supreme Court. As you may have seen, the Texas Supreme Court just issued two orders granting the Governor’s request for an emergency order temporarily staying the effect of the temporary restraining orders entered in favor of Dallas County and Bexar County.”

“These orders do not affect our lawsuit and BISD’s mask mandate remains as planned beginning tomorrow August 16, 2021.”

Imposed mandate last week, has not released a statement as of 1:00 pm on August 16.

Imposed mandate last week, the county has not released a statement as of 1:00 pm on August 16.

The Austin Independent School District said in an email sent to parents Sunday night that the new rulings do not affect its mask mandate.

“Masks will still be required in all Austin ISD schools and facilities regardless of the latest Texas Supreme Court ruling, which upheld Gov. Greg Abbott’s executive order banning mask mandates in public schools.

“Why it matters: The City of Austin and Travis County have ordered masks be worn in all public buildings and schools to prevent the spread of COVID-19. Austin ISD is complying with that order and will keep the district’s mask requirement.” 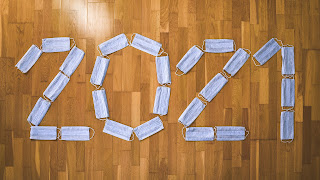 Photo by Ibrahim Boran on Unsplash